It’s been a rough Thanksgiving! We spent the holiday in Scottsdale, which was pleasant and sunny, but other aspects of the holiday went awry.

For Thanksgiving dinner, I was overconfident and ate some mousse. I was punished prodigiously for my dairy hubris; it was a rough night. We call it “Karen poisoning.” As you might expect, I am a delight on half a night’s sleep and a forcefully empty tummy. We drove to Sedona, which is beautiful, but has one crowded road in. The next day, we visited the spectacular Musical Instrument Museum in Phoenix.

The drive back to Albuquerque includes some crazy (by my midwestern reckoning) elevation changes; Scottsdale is at 1200 ft and the pass near Payson (climbing the Mogollon Rim) reaches 7700 ft. The Petrified Forest is at 5000 ft, followed by the continental divide at 7200 ft, and Albuquerque is at 5000 ft. In contrast, my home of Missouri ranges from 230 to 1700 feet of elevation.

We hit snow on the pass by Payson. We climbed through white mist as the snow started to stick to the road surrounded by nervous Arizona drivers. After the pass, the sun came out and illuminated a field of windmills. At Petrified Forest, we hit snow again, this time after dark. So, with knowledge that the continental divide would be worse than what we had seen, we stopped in Gallup, New Mexico. In the morning, we made the last, uneventful leg of the trip. It was all over.

Yesterday, my husband about exploded with food poisoning. Thankfully, I seem unaffected, since I’m still recovering from my dairy-itis. However, one is only so unaffected in a 900 sqft house. It’s too distracting for writing the blog and the day job, so I decided to bump my post to next week in favor of a little cathartic whining.

Next week post: my review of this book about the Haymarket Affair, a terrorist attack on the Chicago police inspired by labor and class tensions.

If you love science fiction, you should see “Arrival” and read Ted Chiang’s “Story of Your Life.” Each is a lovely representation of the genre.

I don’t normally review movies on this blog, but since “Arrival” is based on a short story by Ted Chiang, it seems like a good time to make an exception. “Arrival” is a good science fiction movie based upon a good science fiction short story “Story of Your Life.” It’s been about 5 years since I read the story, which was published in 2002. Before seeing the movie, I didn’t know it was based on this story, but it was faithful enough that I figured it out relatively early in the movie. For those of you who have seen the movie, imagine my surprise that I already knew how events would unfold. =)

“Arrival” is the story of an alien arrival. Numerous obelisks appear around the world, to the dismay and fascination of humanity. Our protagonist, Louise, a linguist, is recruited to attempt communication. She and a physicist make up the pair of experts on the American team. Louise’s efforts to translate the alien written language is the primary focus of the movie and the short story.

The movie has received great reviews, with 93% on rotten tomatoes and 81% on metacritic. If you like science fiction movies, you should go see this one. I generally don’t like science fiction movies, and I liked this one. “Arrival” has good world-building, good science, and good thinking. This is a story that can’t be told without the tools of science fiction. It is a question of humanity, not of technology. The techniques of movie-making allow the story to unfold visually in a way that complements the print story.

How the story and the movie line up

I think the text version may address the Big Reveal of the story better than the movie, but it’s hard for me to judge. The story and the movie approach the Big Reveal in different ways—we see it unfold in the movie in a way that isn’t possible in text.

As I said at the top, you should read and see this story. I know of no other example of a work that performs so well in print and motion; while I think the print version is a little better, the movie addresses certain aspects better. The movie is 2 hours, and the story is 55 pages, so you can put forth modest effort for great science fiction rewards.

If you haven’t heard already, today is a “supermoon.” Today, the moon is closer to the Earth than it has been since 1948. Visually, that means it will be bigger and brighter than usual. Intellectually, it’s gratifying to watch the cosmic ballet go on. Our solar system is like a Swiss clock, all the parts proceeding and, for the most part, fitting together perfectly. Winter (northern hemisphere) supermoons are slightly bigger because the Earth is closer to the sun; the sun’s gravitational power pulls the moon slightly, such that the supermoon is bigger. Astrobob explains it better here.

For more pontifications on the moon, check out What If the Moon Didn’t Exist, which I reviewed here. Below are some of my favorite photos of the moon, and a moonrise video over Chaco Canyon, New Mexico. 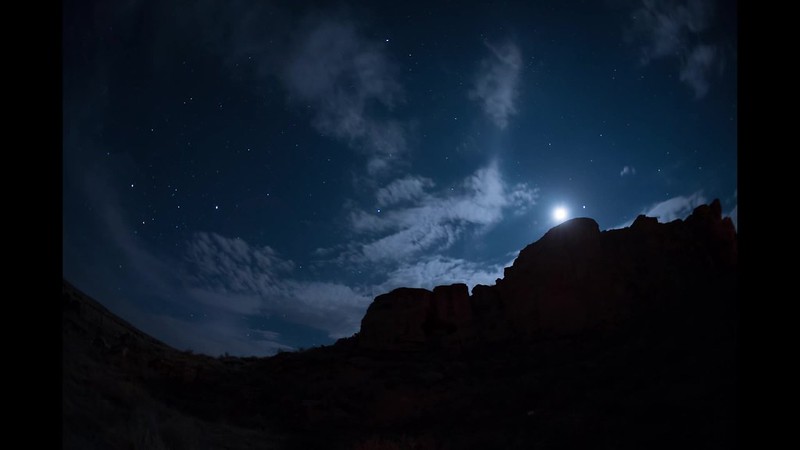 On Tuesday, I reviewed Madeleine Albright’s affecting and informative Prague Winter, about Czechoslovakia from 1937-1948. Tuesday night, the United States elected Donald Trump as the president. Prague Winter is about a nation facing nationalism and uncertainty in the face of global change.

The first Czechoslovak Republic was mostly the victim of larger circumstances. Based upon the choices made by Germany, Great Britain, and France, Czechoslovakia lived without liberty for 50 years. The Czechoslovakia of 1938 and United States of 2016 are not similar; for one, the US controls its destiny. But in both 1938 Europe and 2016 USA, I see anger diminishing people’s respect for basic human liberty and respect. Early Wednesday morning, Nazi graffiti marred the walls of my campus.

Liberal or conservative, we must stand up for our neighbors. We are still a phenomenally blessed nation. Stand for humanitarianism, not nationalism.

Madeleine Albright’s Prague Winter: A Personal Story of Remembrance and War, 1937-1948 is about the history of Czechoslovakia, but most especially the turbulent times around and during WW2. Madeleine Albright, born Marie Körbelova in Czechoslovakia, was the first female US secretary of state. I remember as a kid wondering why Missouri’s secretary was such a big deal, and in misunderstanding the meaning of “state,” I became a bit fascinated with her.

Only when this book came out did I learn that Madeleine Albright was Czech, as I am on my father’s side. I spent a summer in Prague listening the stories about the communist period from my host, a professor who was not viewed favorably by the communists. I learned a lot about the Prague Spring in 1968. This book was an opportunity to learn more about another piece of Czechoslovak history.

Also, a substantial portion of the book is devoted to the Czech Jewish experience. Albright lost 3/4 grandparents to the Holocaust, and dozens of other relatives. Albright only learned of her Jewish heritage in her 60s. Genetic tests revealed that my family has Jewish ancestry. Both my Czech roots and my Jewish ancestry are far more removed than Albright’s, but still, learning about her experiences and heritage felt like honoring my own heritage.

Albright skillfully weaves personal experiences with history. This history occurs at three scales—the global/European context, the Czech perspective, and her father’s experiences in the Czech government and the Czech government in exile. We skim Czech history from ancient times until the end of World War 1, when Czechoslovakia became an independent nation. After WW1, Czechoslovakia flourished for 20 years under the first president, TG Masaryk. The cowardice of England and France led to the 1938 Munich Agreement, which ceded Czech land to Nazi Germany to temporarily appease Hitler. Her father, Josef Korbel, served the exiled Czech government; he was the secretary to Jan Masaryk, son of TG Masaryk. She describes the strengths and the weaknesses of the various leaders, and what she thinks she would have done in their place.

Albright interlaces her family history with the prison camp of Terezín where many of her relatives died. A strong community tried to survive within Terezín’s deadly walls, with education and theater and art. She discovered her Jewish ancestry in 1997, and only then learned of the fate of the bulk of her family. I visited Terezín in 2008. It was the prison camp the Nazis used to deceive the Red Cross. It contained no gas chambers, but was deadly enough with disease, lack of food, and deportation to death camps.

Most valuably, from my perspective, she gives the Czech perspective on the various triumphs and catastrophes in the first half of the 20th century. She illuminates a people between a rock and a hard place, with a dream of centuries crushed after only 20 years. She describes the brave and costly assassination of Reinhard Heydrich, achieved by Czech parachuters trained in England.

And finally, despite 400 pages of length, this is a quick read. It’s very well written, and the details that could get overwhelming, such as the details about various Czechs with difficult names, are broken up with personal stories and reactions. It’s a lovely blend of family and national history, which, given Albright’s father’s prominence, is very appropriate.