Another year, another trip to Florida. It’s been an extraordinarily warm winter this time, with lows in the mid 60s. I visited Sarasota Jungle Gardens once again, which houses many birds and reptiles, often those who are given up. It’s a great place, and the animals are fun to photograph. Weird-looking animals make for good sci-fi inspiration, don’t you think? 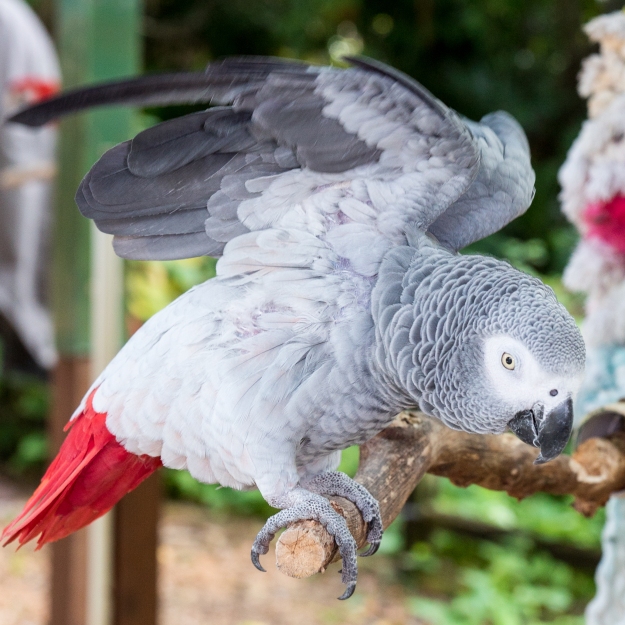 The New Jim Crow: Mass Incarceration in the Age of Colorblindness by Michelle Alexander discusses the racist similarities between the Jim Crow Era and the War on Drugs. A non-fiction book about social justice is a bit afield of this blog’s usual science fiction fare. But as with Guns, Germs, and Steel, this book provides insight into how societies do, and sometimes don’t, work.

Science fiction is often concerned with the other. Science fiction can never truly be alien–as with all fiction, if it isn’t plausible, it doesn’t enchant. In a current project, I write about two alien species living together in a city, but apart, one above ground and one below ground. If I wanted to write about racial and class segregation, I figured I should read further about it in the real world. How would the two species feel about each other? What would they say about each other? I had them growing together after intense fighting– how could they plausibly do that?

That silly motivation convinced me to read the book, rather than say “that sounds interesting” and read something else. I’m glad I read it. It’s an important American topic that we remain quiet about, due to indifference or discomfort or lack of knowledge. I knew that our country imprisons an insane percentage of the population. I knew that many of these prisoners were black or brown, but I assumed this was because blacks and browns are statistically more likely to be poor and unemployed. I found that unfortunate, but not racist or alarming.

The New Jim Crow’s central thesis is that the War on Drugs, and the subsequent mass incarceration, has been enforced in a racist manner. Whites and blacks use drugs at similar rates, but blacks end up in prison far more often for it. Since the War on Drugs was declared in the early 80s, the prison population has increased from 400,000 to 2 million. During this period, decisions by the legislature and the Supreme Court have destroyed constitutional protections such as the 4th and the 14th amendment. This allows conscious and unconscious bias to target blacks. Police departments have enormous financial incentive to make arrests, and so they do, and minorities bear the brunt of it.

The book addressed my skepticism and convinced me. This is an issue that the left and right should be united on: it’s a violation of human decency and it’s expensive. To me, the main thing sustaining the War on Drugs and mass incarceration is the appeal of punishment; it’s easier to sell being tough on crime than helping criminals. We also don’t appreciate the scope of the problem.

I strongly recommend this book. I hear people debate racial issues so often. I participate too. But to be honest, this is my first long form read on the topic in today’s society. Because I read this, I better understand a complicated topic. I think if more people read this book, we would have a more intelligent conversation about this important issue that only grows more important. Oh, and it also might help you write about aliens.

One of the most popular hikes in Virginia is Old Rag. It’s a 9 mile loop that climbs up and down Old Rag Mountain, including rock scrambles and plenty of elevation. In autumn, it is especially beautiful, however the trails were covered with damp leaves and occasionally very slick. My legs were putty the next day, but as you can see, the views were worth it. 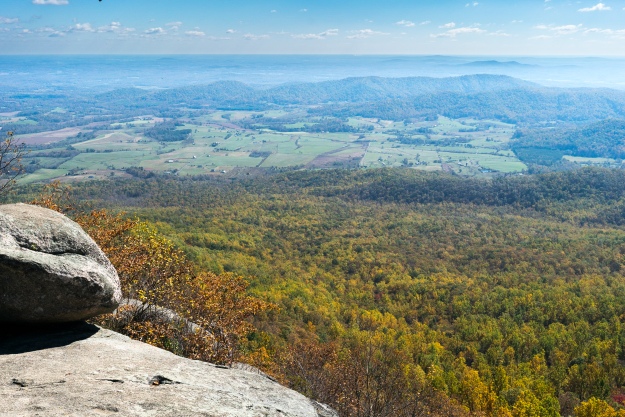 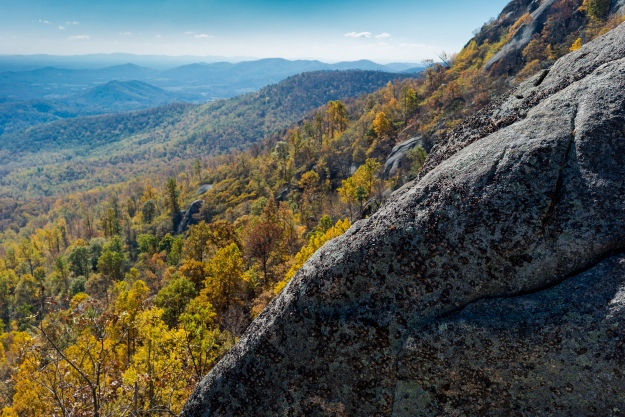 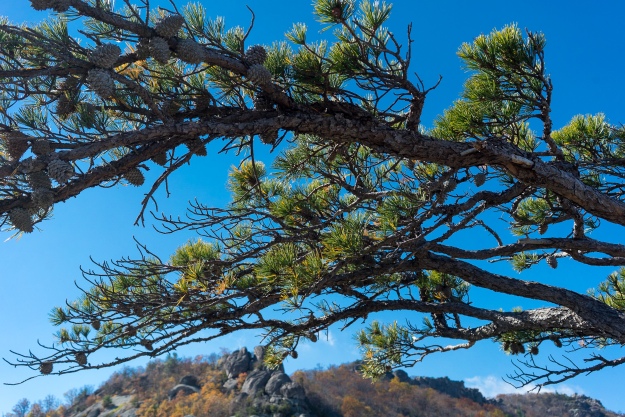 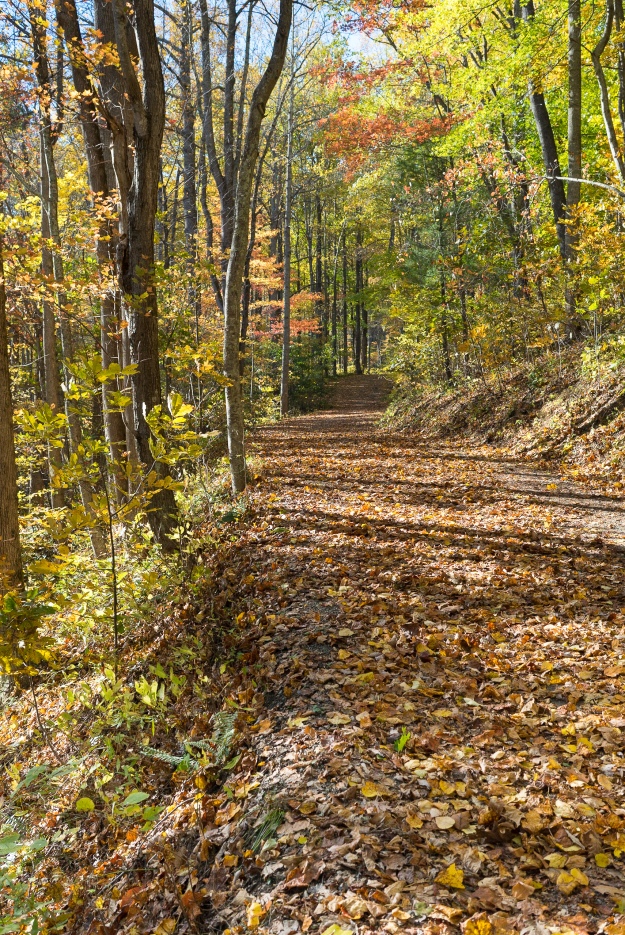 I’m always looking for design inspirations. Whenever I find myself in an art museum or an interesting shop, I always look to see what kinds of design books they have. Today I included three very different commercially available favorites in my little collection.

A stunningly beautiful book by Indian folk painter Rambharos Jha. The critters come alive with the wiggling and colorful lines. Each page is silk-screened by hand onto hand-made paper. You can see the difference from ordinary printing methods immediately. Striking. This is also one of the best smelling books. Every time I open the book, the smell of ink and paper hits me, I’m looking at this book. My only criticism is that the binding method prevents the book from opening as flat as I would like. I love to look at this book when I’m trying to feel energy in my work. 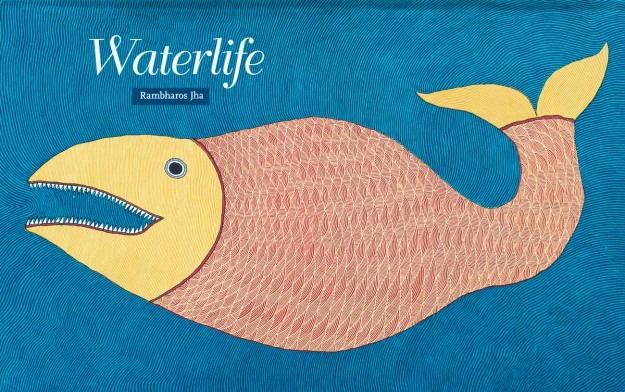 Carl Larsson’s A Farm: Paintings from a Bygone Era

A collection of 19th century Swedish painter Carl Larsson‘s farm paintings. His calendars are a staple with the Scandinavian branch of my family. His work makes me think a bit of Norman Rockwell– beautiful and flowing, but with crisp lines that give a feel of illustration. I love to look at his work for inspirations in depictions of the ordinary, the pastoral, the family. 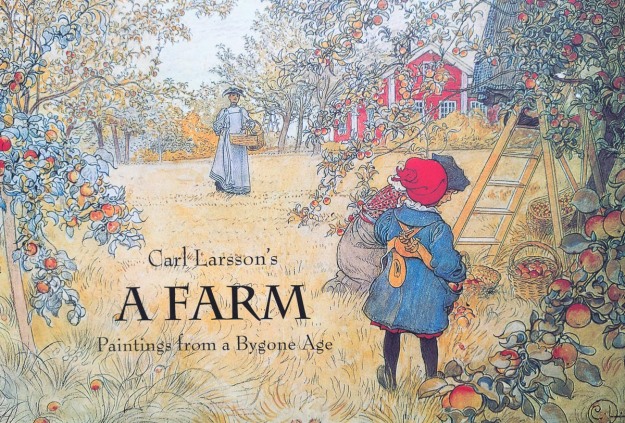 Radioactive: Marie & Pierre Curie, A Tale of Love and Fallout by Lauren Redniss

Before the digital era, there were still computers. These mechanical computers performed their tasks using clever set-ups instead of operations on ones and zeros.

To me, this computer is what steam punks dreams to be. Its gears, levers, springs, and cranks work in mesmerizing motion, but even better, they do something, something that by hand takes a long time to do. Asimov books talk about gears and cranks and such in spaceships, and it’s these kinds of machines that I imagine fill his worlds.

Check out the video, as well as the videos that explain how signals are both synthesized and analyzed with this machine. These videos fill me with awe on this otherwise bogged-down Monday morning.