Every year, sandhill cranes migrate south for the winter. They winter in Florida and the gulf coast and California. You might be surprised to hear that they winter in New Mexico. And they do, by the thousands. And one of the places they winter is the Bosque del Apache National Wildlife Refuge, about 90 miles south of Albuquerque.

This past week, Bosque del Apache hosted its annual Festival of the Cranes, a wildlife and photography event focused upon the large wintering population of cranes. The festival hosts classes, workshops, and lots of bird-obsessed topics. We visited the festival on Friday. And we saw a ton of cranes. But we also saw thousands of snow geese, several deer, at least a hundred turkeys, a western screech owl, and several raptors.

Our guides told us that the refuge was established in 1939. Canals and ponds were constructed with CCC labor. In the first year that records are available, 1941, the refuge hosted 19 cranes. Nowadays, the estimates run closer to 20,000. It is not something I expected to find in New Mexico. At sunset, we watched hundreds of them glide in to land, and we watched the somewhat-territorial birds squawk at each other and vie for space. It’s truly a wildlife experience that can be had with little expertise and little hiking. The cranes are around until February this winter and every winter. I know I’ll be back. 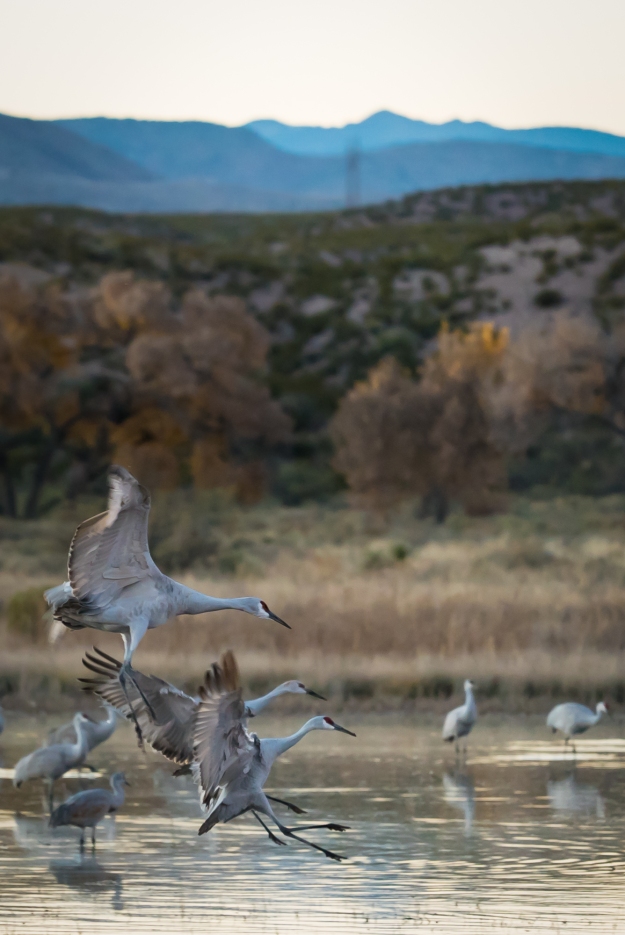 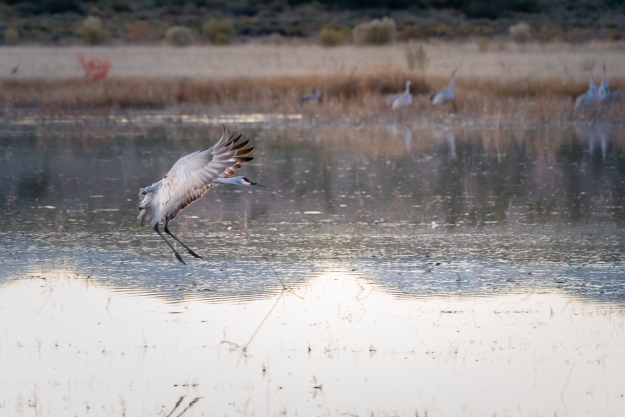 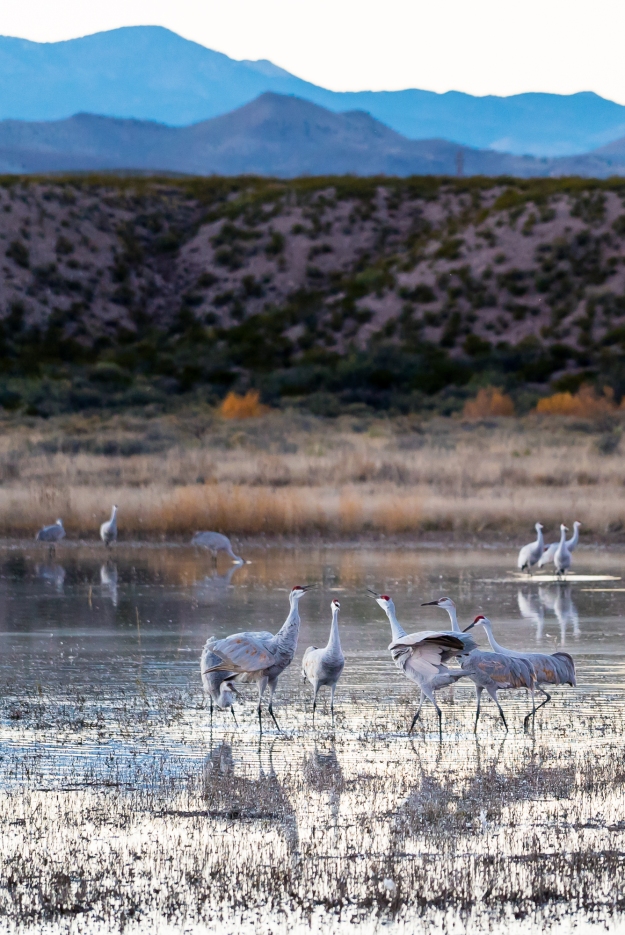 Territorial negotiations amongst cranes. The ones with red crests are adults, and those without are juveniles. Amongst the six cranes in front, the bent over leftmost crane and the second-from-right are the two juveniles. Cranes have very strong family units; two interact here.

Cranes in a field of corn. 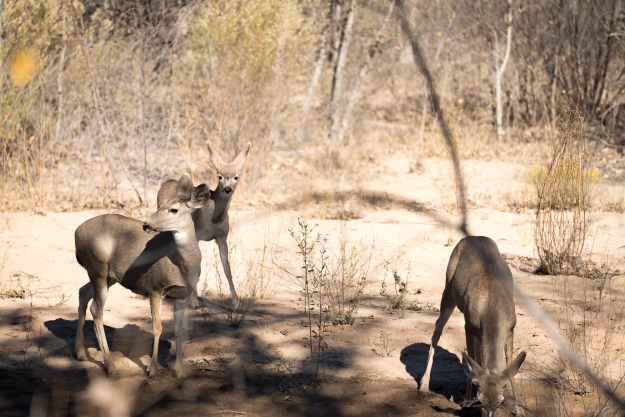