Across the country, thousands of labs study thousands of topics. In my lab, we study nonlinear dynamics in electrochemical oscillators. The dynamics of these oscillators can be used to make math models for other oscillators we might be very interested in, like heart cells, breathing, and neurons in the brain. Oscillators and their dynamics show up in many places. In a previous post on synchrony, I discuss some of these dynamics.

My experiments aren’t particularly much to look at. The beauty in mostly in the data. But here are a few of my better snaps over the years. There can also be science in the photographic technique. The bottom two photos were taken using reverse lens macro, a cheap way to do great zoom shots.

From top to bottom the photos below show: the electrochemical 3 electrode cell, the variable resistance resistors for each electrode, and a capacitor. The featured image is of some resistors. 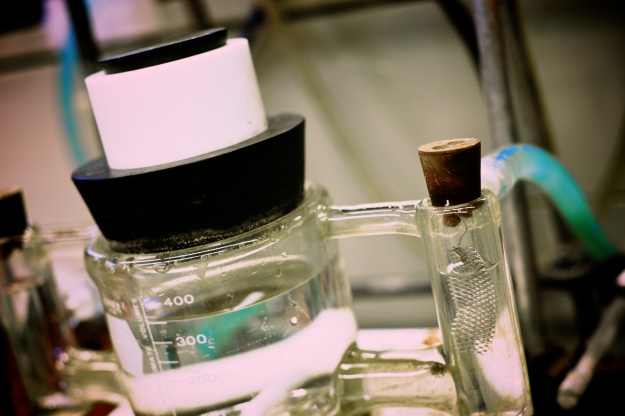 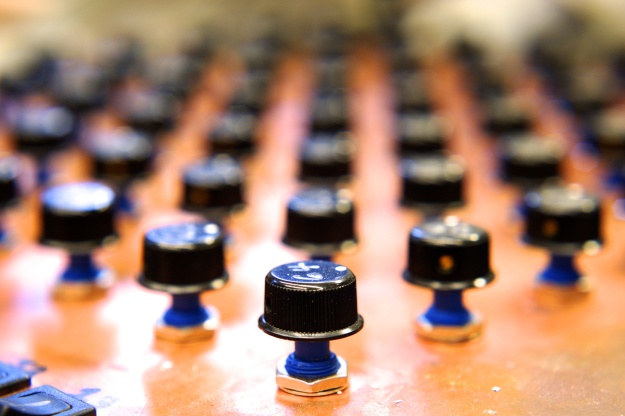