Photography means “painting with light.” But how much light? Today, cameras are more light sensitive than ever, with ISOs up to 400,000 or even 4,000,000. Some have described cameras that can take video by the light of a candle as “painting with dark.” After discussing these advancements at a photo event yesterday, I found myself thinking about how that affects an image. If light is the exception rather than the rule, what kind of images could I create?

So I visited my bookshelf! And I found two art books themed around darkness and nighttime. In a future post, I’ll have to see how these inspiring books guided me. After all, it’s a great time of year to find guidance in darkness.

This book is from Tara Books, a company that does beautiful and imaginative books. I also recommend Waterlife by Rambharos Jha, which I wrote about in a previous post. Both Night Life and Waterlife are silk-screen print books, which gives the colors and ink a life that other printing methods don’t match. Both books also smell amazing. (This sounds weird, but they just do. I don’t know whether it’s the ink, the paper, or both.)

The Night Life of Trees is full of illustrations depicting just that—trees at night and what goes on in them. The images are screen prints on black paper, allowing the book to “paint with darkness” in a way that other books just can’t. Check out the beautiful images below. 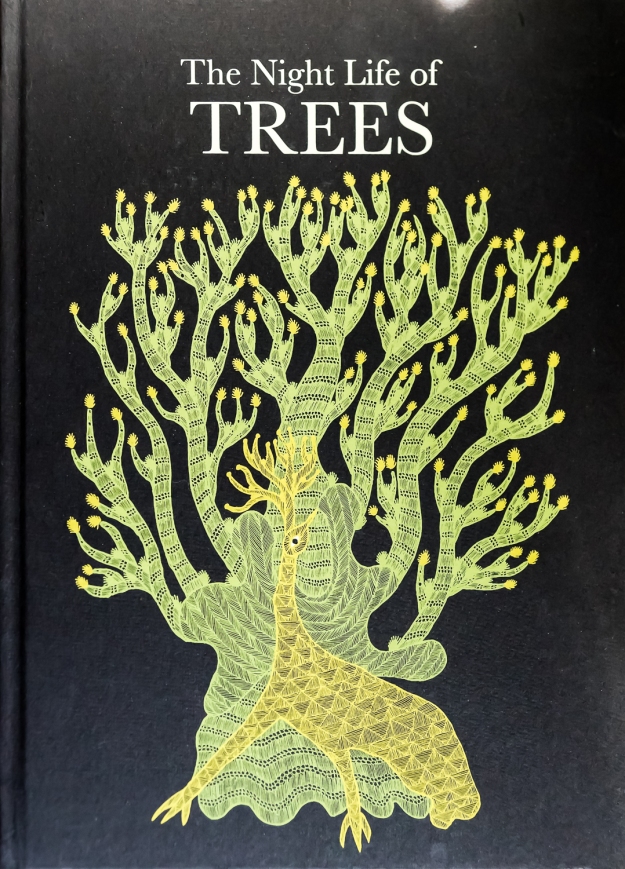 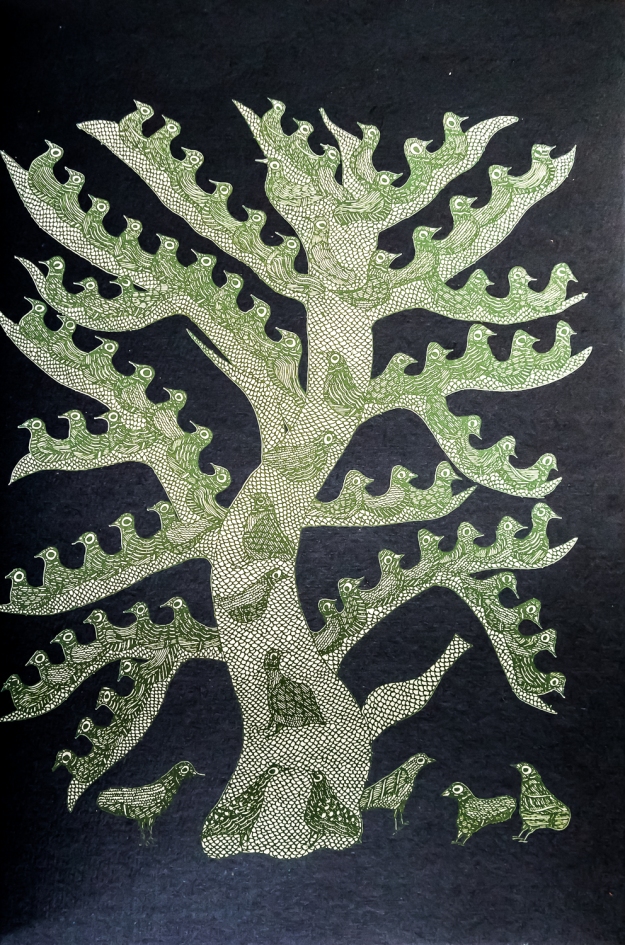 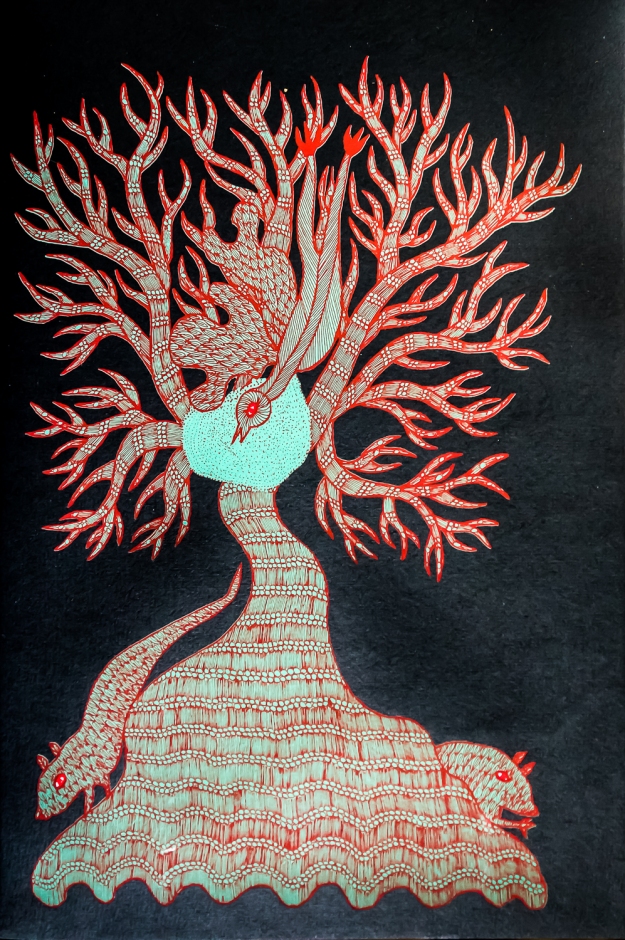 The House in the Night by Susan Marie Swanson

A children’s book with awesome art. Sometimes kids books have the best art because they keep it simple. This book is literally about light at night. I don’t think that needs too much explanation. Just check out the art, which incidentally mimics the woodcut style that I discussed last week. 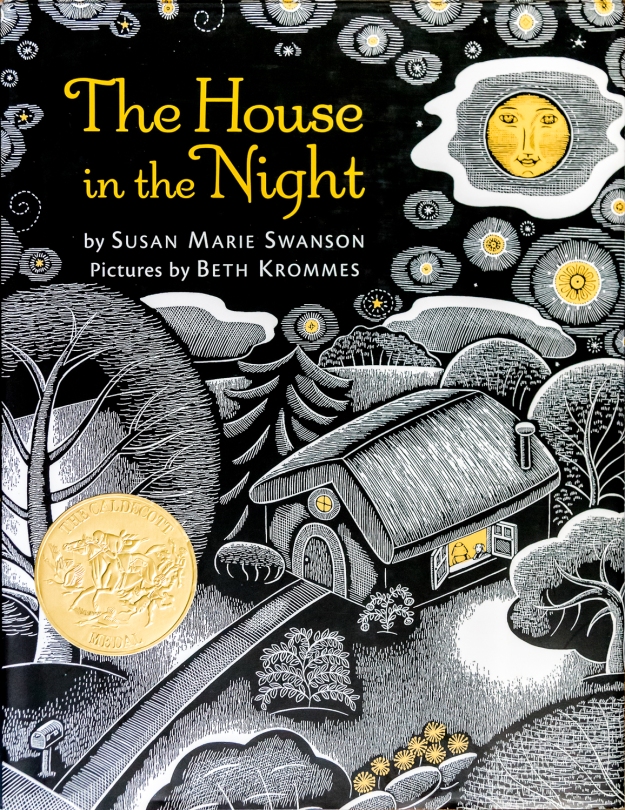 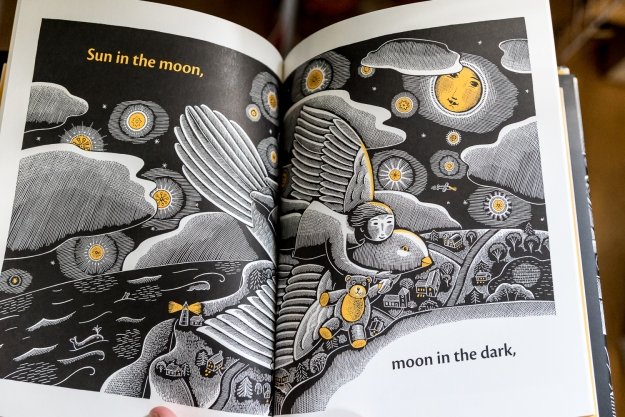 If you are interested in rail photography, or if you’re like me and really never gave it a thought, the O Winston Link photography museum in Roanoke, Virginia is a fascinating visit. O (short for Ogle– I think I’d go by the initial too) Winston Link photographed steam locomotives in the 1950s, at the very end of their widespread use. The Norfolk and Western rail lines he snapped ran through Virginia, West Virginia, Kentucky, and other parts of the coal belt of Appalachia.

In his photographs, Link captures the end of a powerful technology, but he also captures life in 1950s Appalachian rail towns. People play in a pool twenty feet from a roaring locomotive. People read in their living room with a cat sleeping on their lap as a train passes the window. Folks chat on a porch as the N&W rolls past. In the image below, the train passes a drive-in movie.

Link captured images with such technical precision that they would still be difficult shots today, barely possible without rare equipment until very recently. Link was a civil engineer, hired out of college as a photographer; during World War 2, he used his scientific and photographic backgrounds at the Airborne Instruments Laboratory.

Link’s railway shots rely heavily on both science and photographic techniques– in order to better control the lighting and thus the composition of his photos, he often shot at night. Because, he said, “I can’t move the sun — and it’s always in the wrong place — and I can’t even move the tracks, so I had to create my own environment through lighting.” This required the use of flash bulbs, one-use bulbs that burned metal to produce brief, intense illumination. According to the museum, one of his shots alone used illumination equivalent to 10,000- 100 watt light bulbs, although that light only lasted for a moment. Reading that, I wondered what the experience was like for the train conductor, driving through nearly black rural Virginia, when light so bright it might as well be lightning flashes. His first power source was too unreliable, and so he designed his own power source. Link invested $25,000 into the unpaid project, closer to $125,000 in today’s currency.

As someone who dabbles in photography, the difficulty of Link’s task and the quality of his work (60 years ago!) deeply impressed me. Bear with me as I explain some technical details of modern cameras to convey the awesomeness of Link’s work. Today, we might just be able to reproduce such shots without flashbulbs due to advances in digital photography. Flash bulbs (using combustion) are still brighter than any modern flash (using capacitors). A single flashbulb produced about 1 million lumens (the unit that measures the brightness of light) while a modern camera-mounted flash produces about 100,000. Many flashbulbs may be used at once, so the flashbulb is great for extreme illumination. Only one manufacturer of flash bulbs still exists. Their photo gallery is pretty neat.

Today, we have cameras that are more sensitive to low light, called high-ISO cameras. Camera speed, whether digital or film, is measured in a system called ISO-sensitivity. In this system, a film with double the ISO requires half the exposure time; a two-second exposure with 200 ISO film would take 1 second with 400 ISO film for the same level of exposure. In the 1950s, the fastest film was ISO 400-640. The Sony Alpha 7S, releasing in July, has up to ISO 409,600, 1024 times  faster than ISO 400. A shot requiring 30 seconds of exposure on ISO 400 would require roughly 1/30 of a second on ISO 409,600. This is really new technology; as of 2013, no ISOs above 10,000 existed.

So, in short, Link’s work is a beautiful hybrid of science and art, a testament to their combined power. Link’s scenes of rural 1950’s Appalachian life are beautiful, and remind us of the era of the man behind the lens. New advances behind the lens are happening today. What new wonders will they capture?

When I go to sporting events, I like to take pictures. Sports photography is really challenging, especially if you operate on a limited equipment budget and don’t get any kind of special access. I’ll list a few challenges I’ve encountered, and how I solved them. I shoot with a Sony α-850, but learned on a Sony α-100, so my experiences should translate to any basic SLR camera.

Whether you are indoors or the light of day is fading, this immensely effects the kind of photos you can take. My camera is susceptible to graininess at higher ISO numbers, which I hate. I set the ISO to the highest number I can stand, then I shoot in aperture priority mode in the smallest f-number (largest aperture) possible at the zoom required. I like to turn down the exposure by a couple of stops; it is easier to add brightness to an image than to remove blur. You may also need to add some saturation if you under-expose. 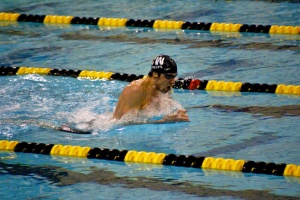 Challenge 2: The lighting is not white light

This can happen both outdoors with twilight or cloudy conditions, or indoors with certain types of lighting. The indoors case is a lot harder to deal with because it is harsher and more unnatural. There are a couple of different strategies– you can be proactive and take a reference picture of a white object during your shoot. You can change your white balance to match this reference during then shoot, or later in the post processing (I post process in Aperture), you can set the temperature/tint for all the photos to the combination that makes the reference shot a neutral color. If you change angle, the color of the light may change, so if you shoot from many angles this gets hard no matter your strategy. I always do my color changes in post-production. If you wish to, it’s important to shoot in raw (rather than jpg), otherwise you can degrade the image.

The pair of images below show a picture with and without temperature/tint correction. (I have also increased the brightness and saturation, but little else.) Note that the skin tone is more ashen in the first picture. I used the bonnet and the goal posts to hone in on a good neutral. 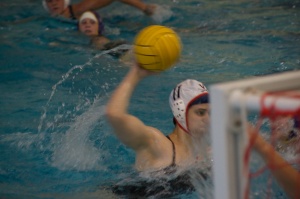 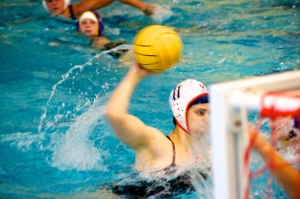 When shooting sports, I always want to shoot with the largest aperture. This way, I can shoot at a lower ISO (i.e., less noise) and still have fast photos. Additionally, uninteresting stuff in the background gets blurred out by the focal depth. However, this shallow focal range ruins the picture if the objects of interest aren’t in that range. For some events, getting the objects in the focal plane is harder than capturing without motion blur, so I increase my aperture to the f5-f8 area.

Below is a picture I took at a horse race. Horse races are the best example of what I described above– the horses thunder towards you so quickly that in the time it takes for a cheaper SLR to focus, the distance of the horse has changed a lot. If the focal depth is shallow, the horse is likely not in it. But there is plenty of natural light, so I can increase the f-number without getting too slow. 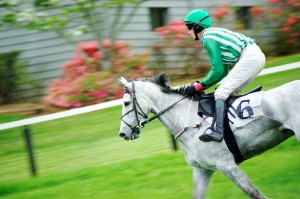 Happy photoing! There are myriad other sports photo problems to solve, but I think I’ve been long-winded enough for today.