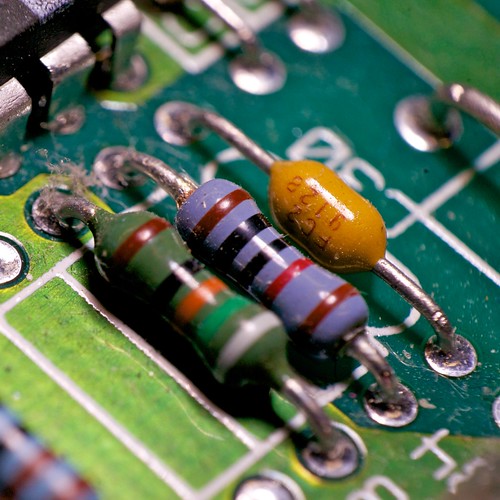 These last few weeks have been a whirlwind, so in departure from something more organized, I think I’ll just list off a few of my projects. Hopefully some of them will inspire you to something; at the very least, I know I can come back here when my own motivation wanes (it always does, it always will, we just have to learn to re-energize it).

Whew, that was a lot, and time to get back to it!

When I go to sporting events, I like to take pictures. Sports photography is really challenging, especially if you operate on a limited equipment budget and don’t get any kind of special access. I’ll list a few challenges I’ve encountered, and how I solved them. I shoot with a Sony α-850, but learned on a Sony α-100, so my experiences should translate to any basic SLR camera.

Whether you are indoors or the light of day is fading, this immensely effects the kind of photos you can take. My camera is susceptible to graininess at higher ISO numbers, which I hate. I set the ISO to the highest number I can stand, then I shoot in aperture priority mode in the smallest f-number (largest aperture) possible at the zoom required. I like to turn down the exposure by a couple of stops; it is easier to add brightness to an image than to remove blur. You may also need to add some saturation if you under-expose.

Challenge 2: The lighting is not white light

This can happen both outdoors with twilight or cloudy conditions, or indoors with certain types of lighting. The indoors case is a lot harder to deal with because it is harsher and more unnatural. There are a couple of different strategies– you can be proactive and take a reference picture of a white object during your shoot. You can change your white balance to match this reference during then shoot, or later in the post processing (I post process in Aperture), you can set the temperature/tint for all the photos to the combination that makes the reference shot a neutral color. If you change angle, the color of the light may change, so if you shoot from many angles this gets hard no matter your strategy. I always do my color changes in post-production. If you wish to, it’s important to shoot in raw (rather than jpg), otherwise you can degrade the image.

The pair of images below show a picture with and without temperature/tint correction. (I have also increased the brightness and saturation, but little else.) Note that the skin tone is more ashen in the first picture. I used the bonnet and the goal posts to hone in on a good neutral.

When shooting sports, I always want to shoot with the largest aperture. This way, I can shoot at a lower ISO (i.e., less noise) and still have fast photos. Additionally, uninteresting stuff in the background gets blurred out by the focal depth. However, this shallow focal range ruins the picture if the objects of interest aren’t in that range. For some events, getting the objects in the focal plane is harder than capturing without motion blur, so I increase my aperture to the f5-f8 area.

Below is a picture I took at a horse race. Horse races are the best example of what I described above– the horses thunder towards you so quickly that in the time it takes for a cheaper SLR to focus, the distance of the horse has changed a lot. If the focal depth is shallow, the horse is likely not in it. But there is plenty of natural light, so I can increase the f-number without getting too slow.

Happy photoing! There are myriad other sports photo problems to solve, but I think I’ve been long-winded enough for today.