Whenever I travel, I bring my camera. It remembers the little details I can’t. Then I come home and the photos take me back to those places. They are also great resources for illustration and imagining. Last week I posted some word building illustrations. When I try to imagine and build what doesn’t exist, photos of what does provide invaluable insight. Between my photos and google searches, I work toward my vision for each piece of each illustration. Below are a few favorite cityscapes I pulled out of my files. Whether from street level or from above, each provides a window into the culture of each city. 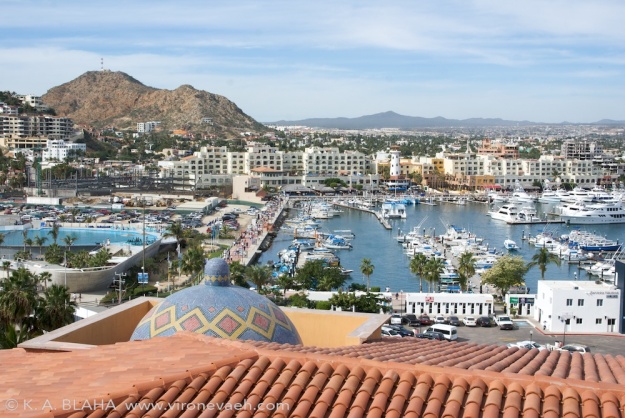 On the street in Portland, OR. 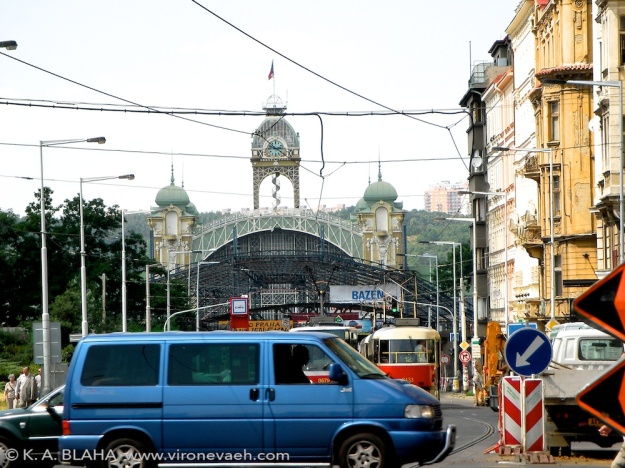 Prague, CZ (a place called nazdrazi holesovice, if my notes are to be trusted). 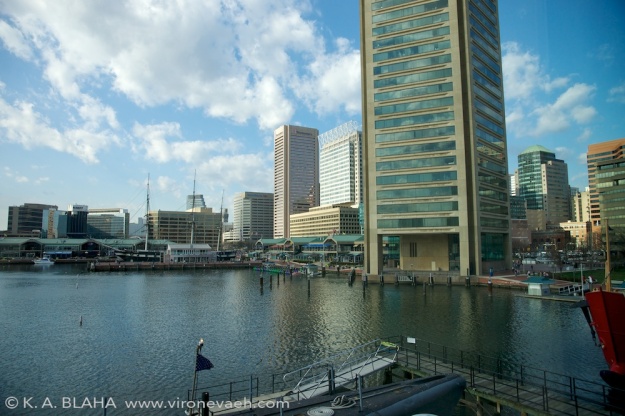 As a writer of science fiction, setting is both a problem and one of my favorite things. How do you draw in the culture and idiosyncrasies of a place that doesn’t exist? They have to be imagined, and imagined plausibly, by the writer. All of my favorite science fiction books have strong settings: In “The Left Hand of Darkness“, we learn about the sexual culture of a differently gendered humanoid species. Through their myths and traditions, we get to learn how they eat, how they like their weather, what is taboo, and what is an insult. In “A Canticle for Leibowitz“, we start at a Catholic abbey in post-apocalyptic New Mexico several centuries in the future. In “The Moon is a Harsh Mistress“, the setting is a lunar colony that feels bullied by earth. We learn about their principles, their marriages, and their aspirations. They can be a little closer to home, too. In “Holy Fire“, the protagonist travels from future San Francisco to future Munich to future Prague. Some sci-fi stays closer yet to home, but I find that I love crazy settings; thus I prefer Vernor Vinge’s “A Fire Upon the Deep” to his “Rainbow’s End“. (For others see my top 20 scifi books post.)

When I write my stories, I don’t want the settings to feel like the Midwestern United States plopped onto Mars or Alpha Centauri. I want them to feel like products of their interstellar, future environments. So I try to understand how settings influence culture currently and historically. I spent a summer in Prague, and in that brief time I tried to learn what I could about the culture. I tried to go where the Czechs go, eat what they ate, and read what they read. My host in town was a retired Czech professor who liked to talk (derisively) about the communist days. I worked half days at a chemistry lab out in suburban Prague. One of my coworkers smoked at her desk only feet from various chemicals and dressed like a 60-year-old teenager. I took frequent walks to Vyšehrad, an ancient fortress in Prague (pictured below).

I most appreciated the Czech sense of humor. As a country often conquered, the country developed a strange sense of absurdism. Under the Petrin Tower in Prague, there is a museum to Jara Cimrman, the best Czech man, who never existed. I can hardly say I understand everything there is to know about Prague and Czech culture, but a few months there certainly showed me a type of people I hadn’t seen before. Hopefully this will aid me in constructing a people we haven’t met before.

Side note: No post this past Friday; I broke my toe and then I had a lot of traveling to do this weekend. Happily, the toe is already much improved, and today it’s 80 F (25 C) out.

The Absolute at Large was written in 1922 by Czech author Karel Čapek (free web translation to English here). It is about the advent of a machine called the Karburator. The Karburator split atoms into two parts: useful work and a mysterious force called the “absolute”. The absolute is a god force which causes intense religiosity in people, and allows them to perform miracles. As the Karburator spreads across the planet, so does the absolute, and the book describes what follows.

I really enjoyed this book, and I would highly recommend it. First, it’s smart science fiction. In 1922, forces such as radiation were pretty recent science. Radium was discovered in 1898. Čapek describes something very like fission well before its invention. Second, this book is subtly very funny. Through the book, Čapek lampoons religion, communism, and nationalism at least. Third, the book is a short and simple read. My copy was about 200 pages with large print and lots of white space. If you enjoy this book, you can try out Čapek’s possibly more famous work, R.U.R., the book in which the word “robot” was created (derived from the Czech word for serf labor). I haven’t gotten around to that one yet myself.

I had a special reaction to The Absolute at Large, which is largely set in Prague. I was lucky enough to spend a summer in Prague, during which time I was able to talk at length with older residents. The Absolute at Large captures a certain essence of the Czech spirit. The Czechs are cynical in a very witty way. They’ve had religion thrust upon them (read about Jan Hus, the Hussites, and the First Defenestration of Prague). They’ve had nationalities thrust upon them (read about the Second Defenestration of Prague). In 1922, Czechoslovakia had been an independent country for only 3 years following the fall of the Austria-Hungarian empire. Unlike the Poles, who seem to resist forcefully, and the Hungarians and their patriotic sorrow, the Czechs have resorted to humor to endure their less-than-dominant place in geopolitical events. A few years ago, the Czechs held a contest to vote for the greatest Czech ever. The Czechs voted for Jara Cimrman, a fictional man who had no official face (the sculpture had become smooth, they couldn’t find him in this photo of a few hundred, etc). However, fictional Cimrman was credited with many wonderful feats: he suggested the Panama Canal, he was briefly an obstetrician, he consulted with Zeppelin, Eiffel, Mendeleev and Curie. If you are ever in Prague, there is a free museum to Cimrman under the Petřín Tower.

The Absolute at Large has a similar sense of humor to Cimrmanology; Čapek lampoons the inevitable powers of the world and their effect on the Czechs. And how appropriate that the Karburator should be invented in Prague… perhaps Cimrman lent a hand.

The 20-40s really seem like it was a golden age for illustration. Color photos were not as vibrant as they are today, yet mass printing existed. Thus, beautiful and stylized portraits of life were used in advertising and propaganda (Alphonse Mucha did lovely art nouveau illustrations for advertisers since the late 1800s, I wrote about him here). Many of us have seen the posters created for the Great Depression and WW2 by artists such as Thomas Hart Benton.

When I visited the Czech Republic, Budapest and East Berlin, I was struck by their propaganda posters from the same period. There was such a contrast between the lovely illustrations and the content that we would likely find oppressive. It can be a window into history to understand how people chose (or were forced into) their path. For good collections of Czech or CSSR Propaganda, check out the Communist Musuem in Prague and Checkpoint Charlie in Berlin. The featured image for this post is the poster for the Communist Museum; one of my souvenirs from Prague are some nesting dolls with this design.

To have more we must produce more (Wikipedia)

The Czech, Hungarian, and German posters seem hard to find, and I only know the languages a little (if anyone knows good sources, let me know!) I find the role of small countries in the early 20th century especially interesting since they are underrepresented. The countries of central Europe endured many of the worst hardships during the 20th century. There are many sources for Russian propaganda posters:

10 years since the revolution

My favorite style is art nouveau. I first learned about art nouveau when I was living in Prague. The works of Alphonse Mucha, a prominent Czech art nouveau artist, remain throughout the city. There is a museum of his various prints and a few paintings, that explains the motivation behind his work. The municipal house (Obecní dům) is in the art nouveau style, with stained glass windows done by Mucha. The Prague castle also has a stained glass work by Mucha, among its many others. Mucha often depicted images of slavic nationalism and women with slavic features. Mucha’s interest in the slavic and czech identity, and his works on this identity, make learning about him an interesting way to learn about Czech history. One of Mucha’s famous posters. (pic from Wikipedia)

Besides the locations in Prague, I’ve visited several other Art Nouveau, Art Deco, and Bauhaus collections. The Bröhan museum in west Berlin and the Horta museum in Brussels are both great. You can also sometimes find museum collections online, like the Virginia Museum of Fine Arts.