The tea consumption continues! This weekend I went to the shop and got adventurous. It’s going to be a flavorful December! Some days I revisit an old stand-by, some days I try something brand new. Every day I learn something new about tea. This week, I tried straight Assam tea for the first time, and had my first Taiwanese and Thai teas.

Little tea factoid of the week

Tea all comes from the camellia sinensis plant. There are two subspecies: var. sinensis and var. assamica. Sinensis is the Chinese version that has been cultivated in China for many centuries. Assamica was first globally known in 1823, found in eastern India.

Before the discovery of Assam tea, China supplied Britain with tea. Britain really wanted tea, but China only wanted silver bullion in return. Britain began introducing opium to China to create demand for a product more easy to produce than bullion. Between 1821 and 1837, British delivery of opium increased fivefold. During this time, Britain also began extensive tea plantations in India. Britain got their tea fix and China went on to suffer the Opium Wars.

Today, Assam tea is still grown in the Assam region of India. It’s maltier in flavor, and if you’ve had English Breakfast tea, you’ve probably had a blend with some Assam tea. I don’t drink my tea with milk, but Assam tea is supposed to be especially good with it. 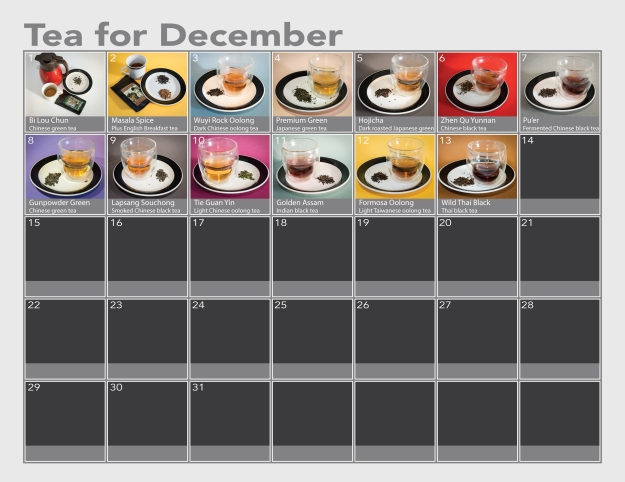